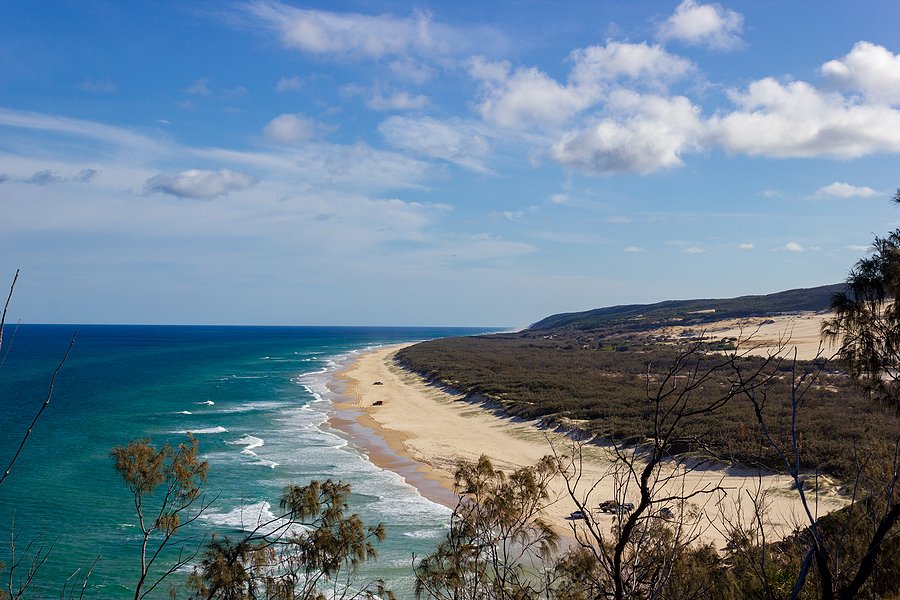 Fraser Island (K’gari) In a Snapshot

Spanning over 1,800 square kilometers, Fraser Island is the largest sand island in the world. It is home to a complex and unique ecosystem, over 100 lakes, and rainforests with trees that grow up to 50 meters tall. Aside from a few hotels and several private properties, Fraser Island is mostly a National Park with the marine area belonging to the Great Sandy Marine Park.

These days this magnificent national treasure is an Australian icon and tourist hot spot, but the Fraser Island (K’gari) that we know and love today is just a small component in a rich tapestry of history, Below is a snapshot of Fraser Island. 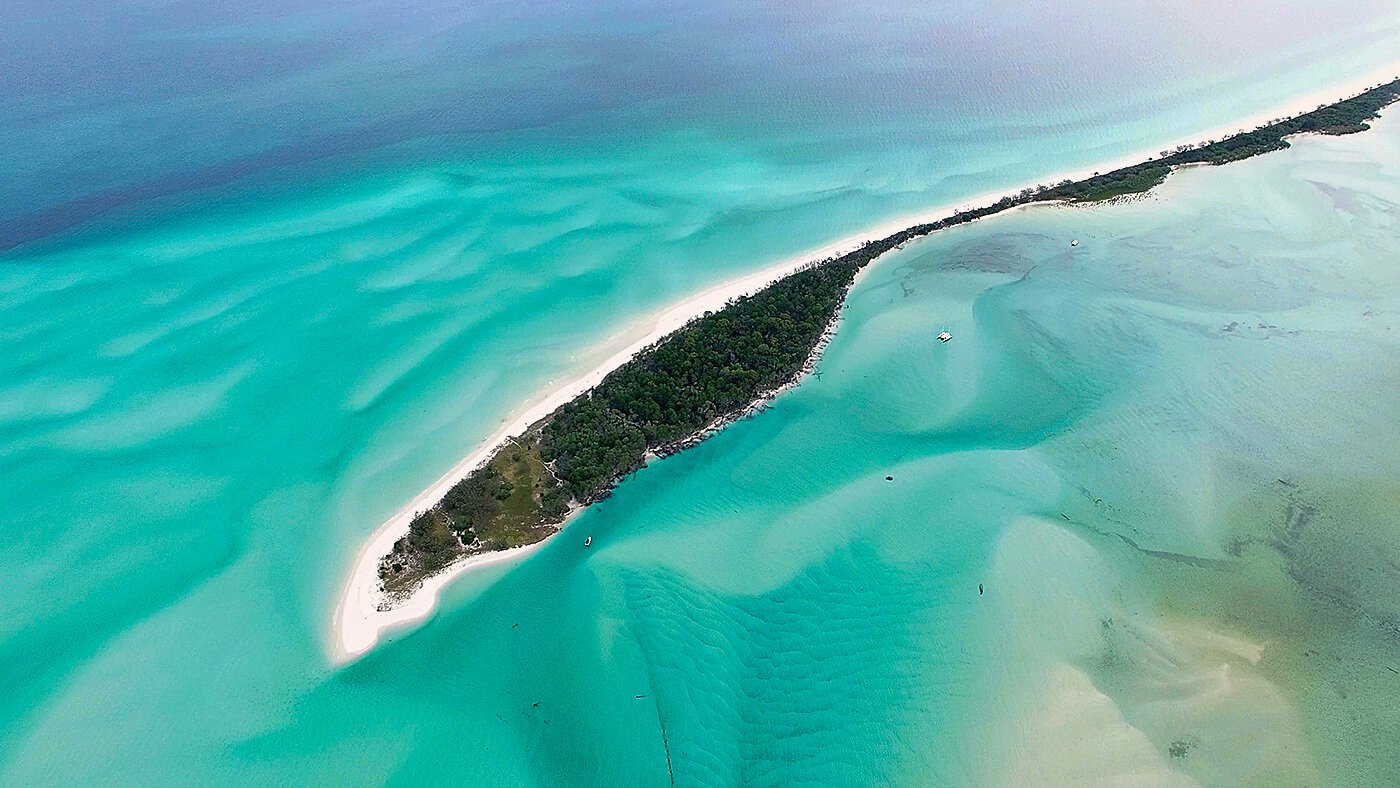 The traditional name of Fraser Island is K’gari which means ‘paradise’. The name was given to the island by the Traditional Owners, the Butchulla people over 5,000 years ago. The story of K’gari is a beautiful one about the god, Beiral needing a home for the people that he had created so he sent a spirit called Princess K’gari to assist Yendigie in building the sea and the land. When they were done Princess K’gari was so in love with what they had created together, that she couldn’t leave. Yendigie never wanted her to be alone so he made Princess K’gari into a beautiful island and invited people on to it to take care of her and keep her company forever.

How it Became Known as Fraser Island

Captain Cook sailed past the island on the Endeavour in 1770 and seeing it from afar named it ‘The Great Sandy Peninsular’. Though it was later renamed again in 1836 when a group of Londoners, sailing aboard the Stirling Castle became shipwrecked and ended up on the island. Captain of the ship, James Fraser, his wife Eliza, and their crew were traveling from Sydney to Singapore at the time of the accident. James died shortly after arrival, but Eliza was later ‘rescued’ and went on to tell stories of her time on the island. The British regarded her as a hero although the other survivors took issue with the legitimacy of Eliza’s stories. Back in Sydney, she remarried before returning to London. 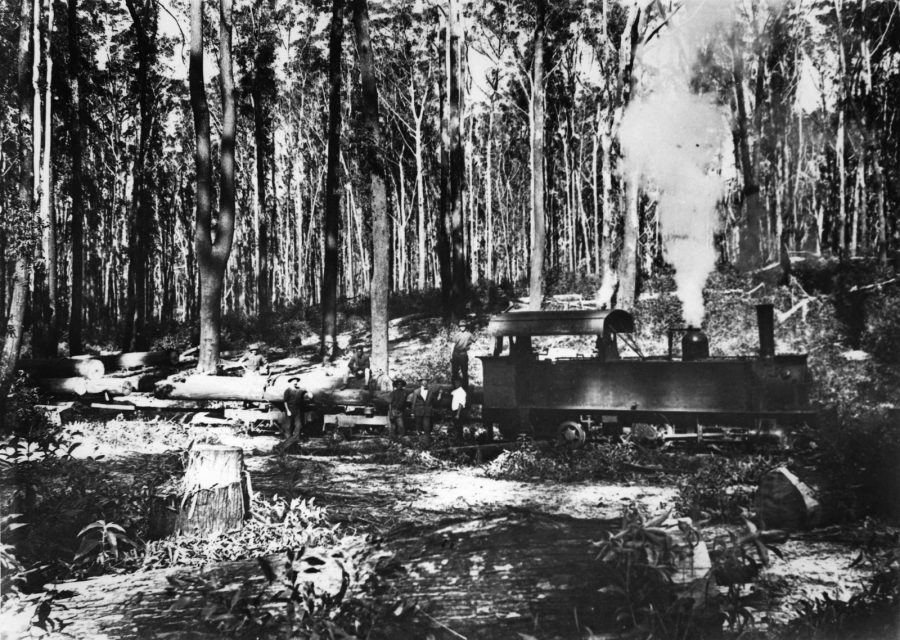 Snapshot of Fraser Islands sand mining history: Rich deposits of rutile, ilmenite, zircon, and monazite, make Fraser Island’s sand highly desirable and in 1950 sand mining leases began. Mining continued until the finding of a Whitlam government environmental impact inquiry determined that the effect that the mining was having on Fraser Island’s environment was unacceptable. The mining finally ended in 1976.

In recognition of its outstanding natural universal values and to protect the environment from further harmful practices like logging and sand mining, in 1992 Fraser Island was placed upon the UNESCO World Heritage List and the Australian National Heritage List in 2007. It is now the responsibility of the Queensland Parks and Wildlife Service, Department of Environment and Resource Management to maintain the property.

The Maheno originated in New Zealand but like the humble pavlova, we have claimed the icon as our own. Though Fraser Island has seen its fair share of shipwrecks, with an astounding twenty-three recorded between 1856 and 1935 alone, however out of all of the wrecks, the Maheno is by far its most famous.

In 1935 not long after ending its commercial passenger service, the SS Maheno was on its way to a Japanese wrecking yard when it ran ashore during a storm. As well as operating as a passenger ship, the SS Maheno which was the world’s first-ever triple screw steamer was also used in World War I as a hospital ship, making this mystical tourist attraction even more special. At the time of the incident, there were eight crew members on board who luckily all escaped the ordeal unharmed but despite their best efforts to repair the damage, the 5,000-tonne steel ship still lies 10 kilometres north of Happy Valley. During World War II the wreck was used for RAAF target practice but today it is one of Fraser Islands’ most spectacular tourist attractions. 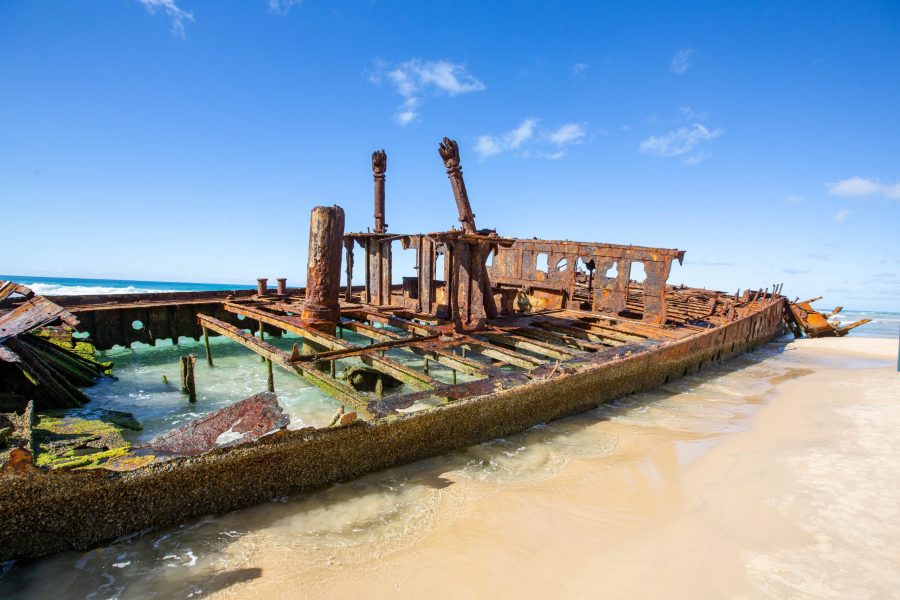 It is fair to say that Fraser Island has faced more than its share of threats and challenges over time but now that it is protected by UNESCO and the Queensland Parks and Wildlife Service it is safe to revitalise, flourish and continue to astound us with its abundance of natural wonders.